The highly anticipated follow-up to Deus Ex: Human Revolution – Deus Ex: Mankind Divided – has been released on Playstation, Xbox, and PC.  I reviewed the prior game earlier here.

Below is a snapshot of some popular review outlets, and a blurb about how the reviewer felt.

Deus Ex: Mankind Divided doesn’t succeed in making me care about the plight of humans and augs, but it still pulled me into its compelling cloak-and-dagger world where people in capes can turn invisible and shoot balls of lightning out of their arm. Oh, and your aug doctor looks just like Prince, so it’s in the running for GOTY.

If you’re a fan of the first game, I certainly recommend this one as well. But in a competitive season, it’s hard to see Mankind Divided being as impactful or memorable as Deus Ex’s reassurance five years ago.

A reflection of our world today, but it ends up a little too long winded and the narrative sometimes slows the experience to a crawl

I’m enjoying it. Usually these sorts of nail-my-hands-to-the-mouse-and-WASD review periods are a slog, sitting at a desk ten or more hours a day trying frantically to beat an embargo. But Deus Ex? I’m having a hell of a good time, and I keep looking up only to realize another hour’s gone by while I futzed around with a murder investigation or hacked my fellow officemate’s computers.

Mankind Divided is a thoroughly satisfying Action RPG that understands how to make stealth play enjoyable, flexible and challenging. The design of its near-future world is remarkable, and the stories held within it are compelling. The only sour taste here is an ending at odds, and the slightest whiff of over-familiarity.

Deus Ex: Mankind Divided is an intricate, intelligent journey through a well crafted cyberpunk world. Eidos Montreal’s creation tries its hand at many things, offering an impressive amount of player choice, but it struggles to excel in any one particular area. As a result, we’re left with a game that’s solid when taken as a whole, but flawed when analysed piece by piece. Still, a great art style, a compelling plot, and a rewarding sense of progression do a lot to bolster the experience, ultimately contributing to a successful sequel.

Deus Ex: Mankind Divided is an impressive sequel to the brilliant Human Revolution. In the grand scheme of things, there are very few monumental changes, but if it ain’t broke, don’t fix it, right? And everything that was broken in Human Revolution? It’s all fixed. Held back from true greatness by the odd grumble here and there, Mankind Divided is worthy of anyone’s time and money.

A beautiful, smartly designed game set in a gorgeous futuristic city, but with a story that doesn’t quite do it justice.

Deus Ex: Mankind Divided refines and reinforces the defining foundations of the series.

An excellent sequel that expands your toolbox and offers complex, multifaceted environments to explore.

Deus Ex’s mix of shooting and stealth continues to flourish under Eidos Montreal, though the story isn’t a match for the setting.

Adam Jensen’s return is largely successful, even if the conspiracy surrounding him could’ve been a little more engaging.

A solid sequel that comes close to but never quite surpasses its exceptional predecessor, Mankind Divided is nonetheless an essential purchase for fans of stealth and story.

Have you played the game yet?  What were your thoughts? 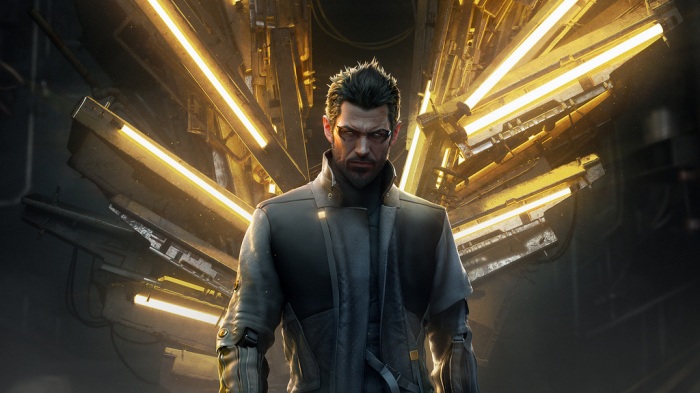