In case you were unaware, Konami (makers of Castlevania and Metal Gear series) ended its relationship with Kojima and video games in general.  This was at the time that P.T. was released on PS4, a game developed by Kojima and Del Toro that was suppose to reboot Silent Hill.

Well, all of that ended for reasons that are still not quite understood.  Whatever the reason, the speculation immediately moved to where Kojima would land.  We got that answer – Kojima’s new independent studio is going to work with Sony for a PS4 exclusive (which may also find its way to PC).

Given that Kojima was banned by Konami from being at the Game Awards 2015 to represent Metal Gear Solid 5, its nice to see that Kojima has landed on his feet (as if that was in doubt).  It would be interesting to find out why he was banished from Konami, but also what play Microsoft may have made for his talents.  Here’s hoping that Kojima and Del Toro finally get to complete a project. 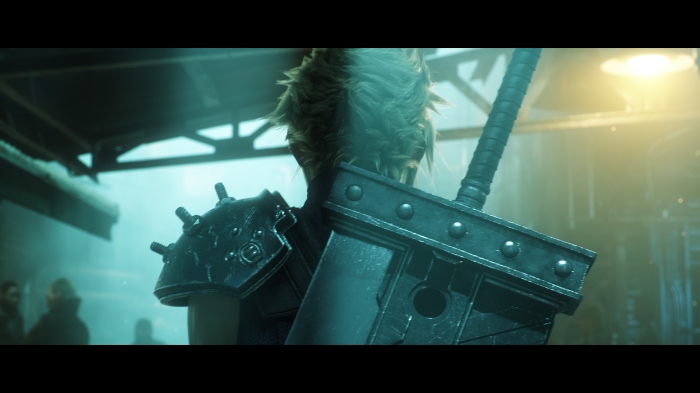 Final Fantasy 7, the JRPG juggernaut that introduced many a Western child to the glory of spiked hair, grinding random battles, and large swords, will be remade for PS4, but more details have recently emerged.  It appears that the game won’t come in one piece.

At PSX, Square Enix announced that the FF7 remake will be released in an “episodic format” whatever that means.  Not only that, but apparently they have already completed a significant portion of the first “episode.”

The Internet has once again raised its collective pitchforks at this announcement.  How could they do this to such a beloved game?  Why slice it into parts other than to make more money? Why Square why?

All of this comes, of course, without actual detail as to what this episodic release actually means.  Is it the Telltale format with a continuing story that is released fairly close together and purchased separately?  Are these separate and distinct games a la the FF13 series?  We are not even sure how many parts FF7 will be split into.  I’d much prefer they stay away from the Telltale style, and I can respect the size of the game requiring parts – so long as each standalone piece can truly stand alone.  Time will tell.

Some buzz was made recently when a user was able to access the “hidden” portions of the Steam Database online.  Inside, it was revealed that updates included entries for Half-Life 3, Final Fantasy X HD, and Everybody’s Gone to Rapture, among others.

While this does not confirm anything, it may be notable for at least some of the titles included.  So while Half Life 3 might not be shipping anytime soon, some of the games might be coming to PC (like Final Fantasy, given its predecessors).

Personally, I’d love to have FFX on PC as it was one of my favorite PS2 games, and I have not purchased the HD remaster for PS4.  As for Half Life 3, well, I won’t be holding my breath.

Recently I did a much larger review of upcoming Virtual Reality headsets here, and the Vive was rumored to be coming soon.  Soon as in this month.  Turns out that won’t be the case and it will be delayed until April.  Looks like we will have to continue to wait for the beginning of the VR wave.