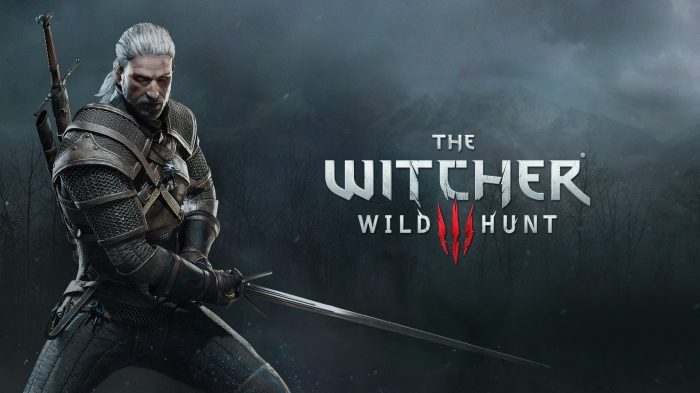 I had just finished up all the sidequests and main story of Final Fantasy 15.  I have Zelda preordered and ready for its (hopefully) on time arrival.  What should I play in the mean time to get out of my backlog?

Given these factors, you’d think it make sense to just go ahead and finish off Ratchet and Clank or Uncharted.  Nope.  I decided to take on the absolutely massive Witcher 3.  Despite the ill timing, I am absolutely loving the game.

I’m currently playing on PC, but hooking up my dualshock controller and HDMI to play through the TV.  I also beat Witcher 2 and had the save ready to import.

I’ve only heard good things about Witcher 3.  Really good things.  I have had friends that have played through it and told me it can take over 100 hours.  Its quite the daunting prospect.  However, I thought I needed to stop putting it off and finally play the monstrosity.

I recalled from my playthrough of Witcher 2 (in which I followed Roche’s path) that there were some annoying mechanics I was not too fond of.  Namely, the durability and max carrying weight.  I know these can have their place, but I decided to get mods to neuter their effects.

Looking through the other mods, I also got a quest mod that shows all the quest markers on the world map without having to individually activate each quest and go back and forth with the map.  Its been a big help.  I also got the autoloot mod, which has been a big improvement over the first game (but makes it unclear if I am “stealing” in certain situations).

It had been awhile since playing Witcher 2, but I started to recall bits of the story.  I did have to resort to looking at other materials outside the game to try and refresh my memory.  There are so many characters and factions to keep straight.

The complexity comes with a great benefit – the Witcher tells a grand tale that has all the details and people to keep things interesting.  I haven’t read the novels, but the game definitely makes me want to try them out.

The storytelling has been augmented with the presentation of the world.  Not only is there is amazing attention to detail, but the graphics are silky smooth.  It’s incredibly easy to get immersed.

On top of Grade A presentation is the detail in the exploration and world building.  I’ll be on a quest, following the marker, and soon enough I’ll be halfway on the other side of the (gigantic) map running through a swamp to help someone else out.  The game weaves each tell seamlessly into the surroundings, its really amazing.

The combat is the only “flaw” I have noticed.  And by “flaw” I mean one thing that is slightly less than perfect.  It’s a little clunky for my taste, although there is some room for depth with signs, potions, and abilities.  Coming off of FFXV, I was used to twisting and turning action, so its just a little change of pace.

The biggest surprise so far has been Gwent.  Normally I don’t care much for the side mini-games in RPGs, although I’ll dabble a bit here and there (I didn’t play much pinball in FFXV).  At first I didn’t care much about Gwent, and would just get to it by the end of the game.  That changed quickly. 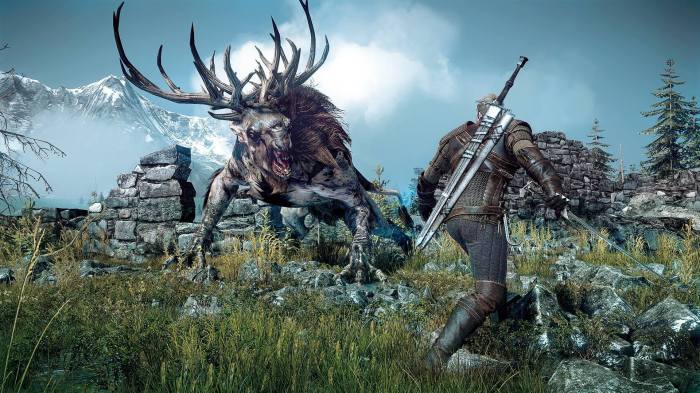 Once I figured out the rules, I spent a looonnnggg time just exploring looking for Innkeeps and Merchants to get new cards.  I prioritized the Gwent quests.  I have gone all-in on Gwent.

I have now kinda plateaued on Gwent, with getting pretty much the bulk of the good cards, so most of the things I am getting now are minor at best.  I have also not found many challenging opponents nowadays.

This has had two side effects: 1) I want to buy the standalone Gwent game and 2) I have now rediscovered Magic: The Gathering after having been away from it for so long.  That will be a different post for a different time.

All in all, Witcher 3 is one of the best games I have ever played (so far).  The presentation, story, gameplay, they all work in tandem to just bring an unparalleled experience.

The real issue now is very much a first world problem – I’ve gotten back into Magic Online, I’ve got the wonderful Witcher 3 to finish (no small task), and Zelda is on the horizon.  It’s a good problem to have, but makes it tough to choose how to spend my time.  I guess it can only end well.

Have you played Witcher 3?  Did you enjoy it?  How did you feel about the combat? Had you played the previous entries?  Comment below.