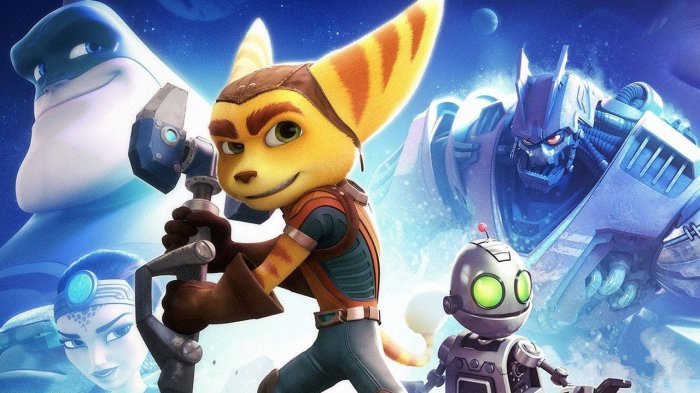 Despite owning all of the Sony systems throughout my life, I have never played through the popular Ratchet & Clank series.  The original game came out back in 2002 for Playstation 2 but has been rebooted with the same name.  It even got a movie tie-in, which did not do particularly well.

Nonetheless, after completing Uncharted 4 and looking at my unplayed stack of PS4 games, I singled out Ratchet & Clank, which has been sitting around for about a year and half.  Without having any nostalgia for a series I had not previously played, I was interested to see if the newest iteration would interest a newcomer.

After playing through several planets, it definitely reminds me of the collect-a-thon platformers of a time since past.  Not that the game is an actual collect-a-thon, but it evokes the style, with the cartoon feel, the humor, and the secrets to find. 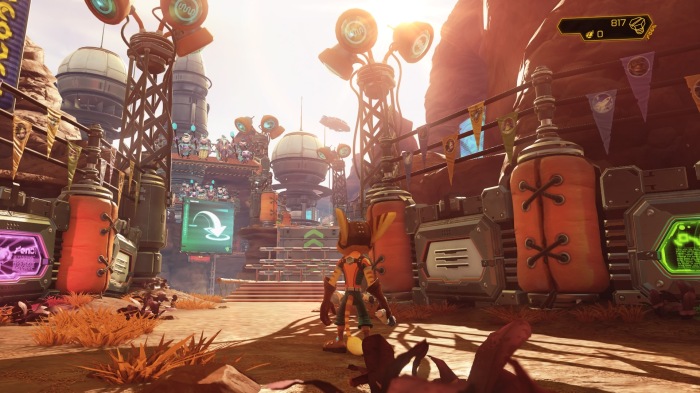 The first thing I noticed was that the game either assumes some background knowledge of the places and creatures, or at least tried to create some tie-in to the movie.  I have not seen the movie as of the time of this writing so that’s really a complete guess.  Basically, while there is introductory background, it has been a bit jolting at times when certain names are referenced without context for a newcomer.

I think I have also encountered some glitches in the cutscenes.  I’ve had a couple instances where it seems to jump ahead or cut out back to gameplay before a natural conclusion or transition.  Again, this could just be sloppy editing or may be a glitch.  Either way, it wasn’t conducive to keeping up with the story. 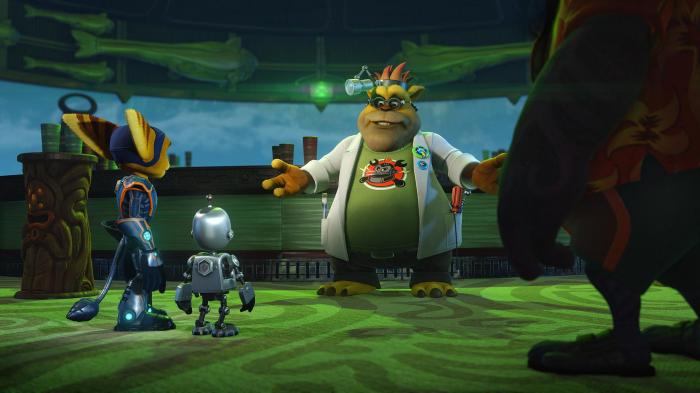 Despite some of the disconnect with the story, I have appreciated the portions not obscured by outside references.  The humor is well aligned to the cartoon style, and the characters themselves are varied and interesting.  I did expect Clank to have more a presence as a character given his name in the title but so far that has not been the case.

Gameplay-wise, the game gives me a unique satisfaction.  Blowing up all the crates and enemies sends a blast of screws and various bits across the battlefield and walking by gobbles them up into your inventory.  It definitely has a Lego game feel with all the collecting of little pieces. 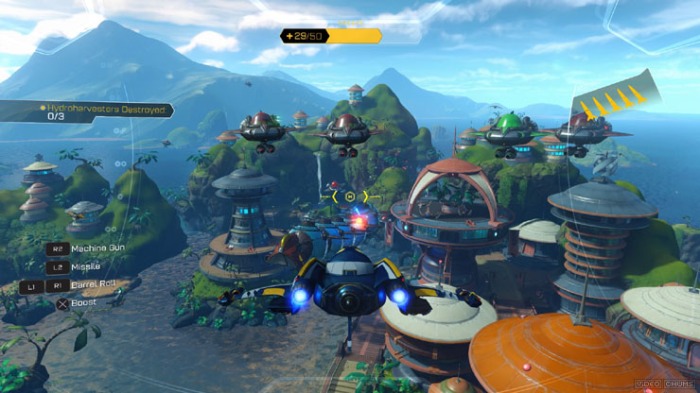 So far the gunplay and upgrading has not disappointed.  Often cited as a strong suit of the series, you use the collectible bits to buy new and more powerful weaponry which you can access at any time in a weapon wheel.  Further, you can collect other resources which allow you to upgrade each individual weapon.  I’m currently partial to the Pixelizer which is a shotgun-styled weapon which turns enemies into an 8-bit version of themselves.

The general gameplay loop is warping to a planet, which triggers several objectives that are typically story based.  You then platform about the fairly open-world stages to complete the objectives, dealing with enemies and puzzles along the way.  Ammo and health are scattered throughout to keep you running and gunning.

I do appreciate, as I mention in my DOOM review, that the combat is generally high paced run and gun.  I much prefer engaging in strafing skirmish with enemies, trying to dodge incoming projectiles while finding windows to do so myself, as opposed to a slower ponderous cover-based shooter.  Both are fine, I just prefer one style over the other.

So far, I haven’t quite found an intuitive control scheme.  It’s been mostly fine, but trying to aim at airborne enemies or trying to target while flying myself has been needlessly difficult at times.  Maybe there is something I’m missing here but it feels a little off.

There have been some Clank portions that I have also not been impressed with.  The Clank gameplay consists of some running/dodging sequences (to simulate being chased) alongside crawling into vents that present various puzzles.  The puzzles are generally noncombat and require the player to place various robots in certain ways to navigate from point A to point B.  While it’s break from the run and gun portions, that’s kinda why I want to play the game, not to try and figure out puzzles that require backtracking. 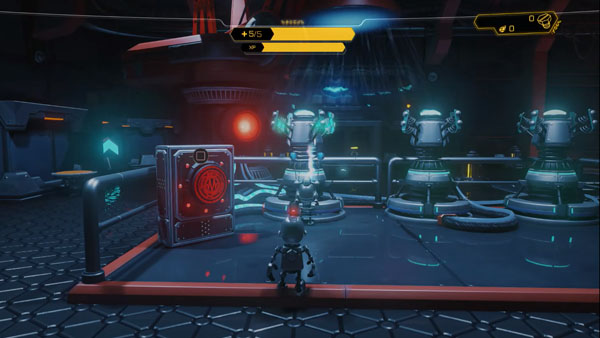 Despite all of the criticisms so far, the game has been fairly enjoyable.  It’s definitely gotten me interested in the series and I’m incentivized to play through to the end.  Hopefully some of the issues will be cleared up later in the game.