Despite the lackluster present, last week’s Steam Sale had me checking my wishlist to see if anything had gone deeply discounted.  I wasn’t ready to bite on most of the deals given, except for the game at the top of my wishlist with a measly 10% discount — Cuphead.

I had been tracking Cuphead for some time (review compilation here) up and until its release, enamored with the art style and hoping that its gameplay was more than just a simple platformer (back when the actual style of gameplay was still up for debate).  Without easy access to Xbox One, I’d been eyeing the game for PC for awhile, and decided to finally pick it up. 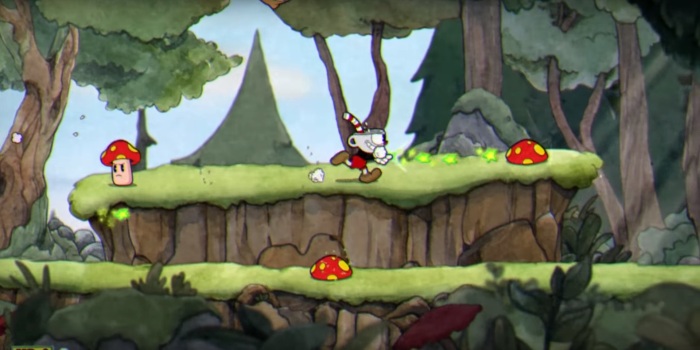 Cuphead is a boss rush styled game with some run and gun scenarios sprinkled in.  So far, I’ve enjoyed the boss battles more so than the run and gun, but I’ve been surprised at the appeal of the run and gun scenarios.  These little jaunts are less platforming and almost more puzzle-like, as you need to repeat them for an optimal run while picking up as many coins as possible.  So far, this has worked out great as I am more inclined to get frustrated with the difficulty related to platforming than to actual running and gunning.

The real focus is on the boss battles.  Each boss has a unique flavor and contains several stages or forms.  For instance, Djimmi (a genie boss) goes from typical genie to embalmed mummy, to marionette, to giant floating head.  Each stage has a different variety of attacks and loops which you will need to learn through trial and error.

Accessing the run and gun levels, boss battles, as well as the plane/air levels, is done through Cuphead’s overworld map.  You control the avatar on the map, moving from level to level or from store to other landmark. You can control the order in which you play the levels, and can access the shop in between attempts if you need to modify upgrades.  There are also some secrets I have found so far on the map itself.

The stand-out aspect so far has been the style.  The creators have absolutely nailed the old cartoony style.  The fantastic revival is not simply in the art, but also in the sound, the music, and the dialogue.  The whole thing feels truly authentic, which keep people like me interested (since that was my original draw).  The painstaking work that went into this faithful recreation must have been absolutely massive, so I can see why the the game took awhile to develop.

And the game is not all style either – the gameplay has also been up to par.  While Cuphead has gained a reputation as a difficult game, the toughness is not a function of clunky controls or unfair distraction.  I’ve been playing on a DS4 controller and I remapped the shoot button to a trigger. This minor change has made it perfectly suited to dodging and shooting simultaneously. 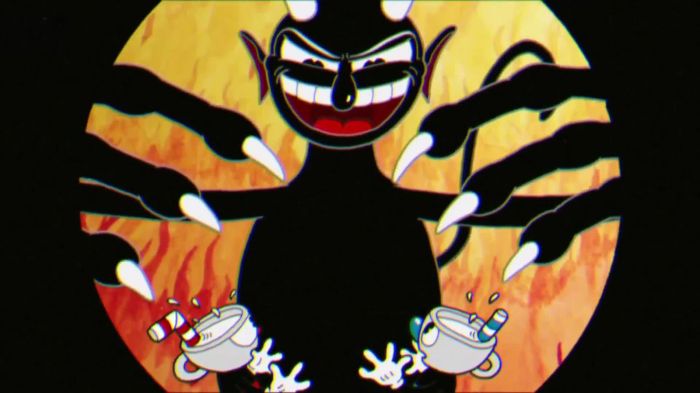 For these games that rely on being difficult, tightness in controls and quick reload times are absolutely essential (Super Meat Boy has set the bar in this regard).  Luckily, Cuphead has met the mark (so far) in both of these critical categories. Jumping and dashing are the two key components for dodging, and both have worked well throughout my current playthrough.  I have had some small trouble with timing the parry, but that might be more skill-based deficiency than a game control issue. The reload times are super quick between deaths, and if they weren’t I would’ve given up a while ago.

Cuphead is a difficult game.  However, I’ve found Cuphead to be a fair game as well.  When the difficulty stems from lack of information, sloppy controls, or bad UI, that difficulty is artificial and detrimental to the player experience.  Cuphead’s difficulty stems from its gameplay loop – you enter a boss battle and begin to learn the optimal way to dodge attacks, and time your best opening to deal damage.  You only get three health, so the margin of error is small. Each level I’ve completed so far took no longer than 2ish minutes when I actually completed the level. However, it might’ve taken me 30 minutes total with all the replaying between deaths.

In a way, Cuphead reminds me of when I’d play back on the NES, with the knowledge you get slowly accumulating until you can basically speedrun the entire game without too much hassle.  The big difference is that Cuphead has modern sensibilities, making the game feel satisfying, the deaths justified, and not some arbitrary challenge to simply draw out the game.

While I’ve been conservative with my coins so far, I did purchase the smoke dash upgrade which has been invaluable, especially in the run and gun sections.  You can go to the shop to upgrade your gun/projectile, your power up shot, and also one general modification (like my dash upgrade, which I could’ve instead equipped an upgrade that gives you one additional hit point).  I want to try out more of these and therefore I am incentivized to get through the run and gun levels. 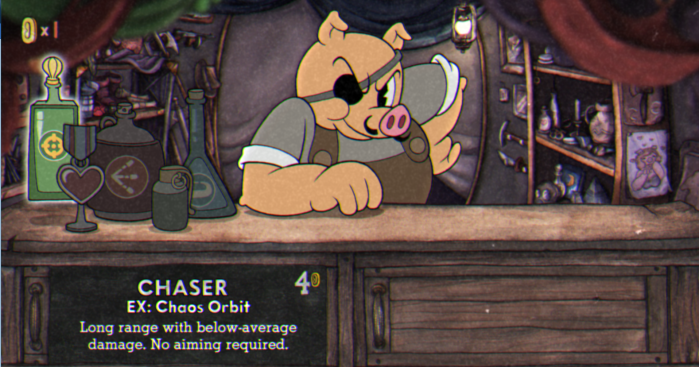 Cuphead also has a co-op mode where two players can play the campaign simultaneously.  I have not tried out the co-op yet, but I hope to do so. I am not sure if the bosses health scales to account for two players, or if it’s actually the same game.  If it doesn’t scale, then I’ll definitely need to recruit a friend to assist on any particularly tough boss fights.

So far, Cuphead has really captured my interest despite my increasingly shortness of time.  The style is spot-on, evoking a show-tunes cartoon world from the early 20th century in audio, visual, and general feel.  While difficult, the game manages to present the difficulty in fairness, using the difficulty as an actual mechanic over an artificial lengthening of the game.  As a final note, I could see really enjoying this game on the Switch….