Another major release, another review compilation.  Octopath Traveler has actually been on my radar for awhile now, as I’ve tracked it over its somewhat secretive beginnings (1, 2, 3).

Square Enix has been expanding its RPGs to Western audiences outside of the well tred Final Fantasy series.  Bravely Default was a newer entry that helped build out a formidable 3DS library.  Octopath is a completely new effort for the Switch.

JRPGs have always felt at home on handheld for me.  Perhaps due to the grindy nature of the genre, I’ve always found them easier to complete when I can play them in small bursts, or on long travel trips (perhaps because the in-game journey is parallel to a trip? Who knows).

As always, these reviews are slowly aggregated on OpenCritic, and I’ve captured some of the initial reviews below.

Octopath Traveler is a small triumph in that it mostly delivers on its promise to give us eight stories worth seeing through. None of them push the envelope in any way, and several drag, but that’s not a huge issue when you have so many to choose from. Even if you skip one or several tales altogether you’re still going to get a handful of RPG goodness.

Octopath Traveler is a beautiful game that somehow never gets tired.

Another fine turn-based battle system and some charming dialogue and visuals make up for an occasionally dry ensemble campaign. 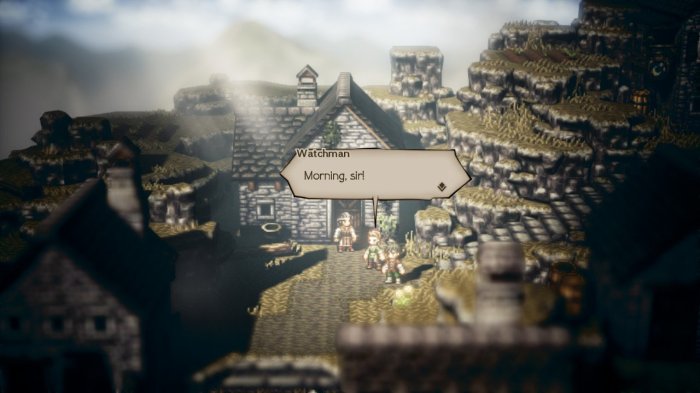 Octopath Traveler tick all the boxes when it comes to recreate the formula of classic RPGs. Thanks to its use of individual story lines, which seems inspired by other iconic games of the same style, and to its marvelous visuals and amazing soundtrack, Octopath Traveler will set the players into an exploration effort that may take its time to fully take off, but will reward its players handsomely.

Octopath Traveler finds comfort in tradition but doesn’t shy away from breaking the mold.

Octopath Traveler feels like a gem from the golden age of JRPGs that is something I’ve been craving with stunning visuals, music that deserves a vinyl release, and so much more. 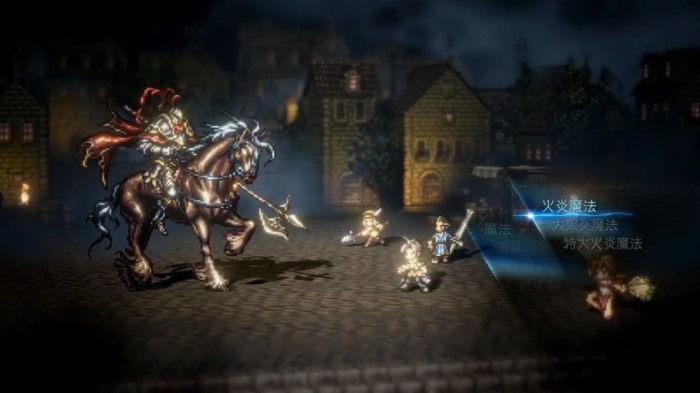 Octopath Traveler is a beautiful game with one of the best soundtracks I’ve heard. The combat system rocks and will hopefully be used in more Square Enix games to come. There are plenty of good ideas in here. But the game is too grindy, too repetitive, too full of structural problems to be viewed as much more than another botched JRPG experiment.

A fantastic balancing act between old and new, creating a Japanese role-player that’s full of charm, innovative ideas, and clever nods to the past. 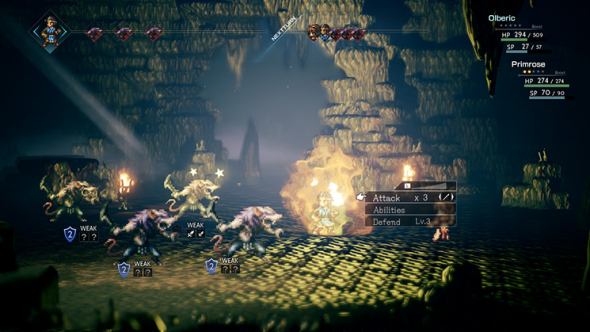 Octopath Traveler is a special RPG, the kind of game that keeps an eye on the past while walking bravely into the future. Indeed, we’d even go so far as to say this is the best RPG you can find on the Switch to date, all elements of this game link together perfectly to make for a harmonious and immersing experience that you’ll find difficult to put down. We’d recommend Octopath Traveler to both fans and newcomers of RPGs; the game does a fantastic job of straddling that line of accessibility and depth, satisfying both camps with its dizzying amount of content. Classic-inspired gameplay, an orchestrated soundtrack, and a unique approach to storytelling make this a game that you won’t want to miss. This is an absolute must buy.

The end result might not be the modern classic so many hoped for, but Octopath Traveler is an excellent RPG that’s only major sin is a loose story structure.

Octopath Traveler is the magical RPG the Nintendo Switch needed

Octopath Traveler presents itself as a simplistic title thanks to the 16-bit HD visuals, but it’s anything but. It’s a deep, complex RPG, with multiple intertwining systems and a huge world to explore.

Octopath Traveler is truly a charming and wonderful J-RPG that has reminded me that there’s still a place for old classics. Some might call it dated, I’d call it ageless and even peerless when held up against a recent generation of watered down, Westernised role-playing games. Square Enix delivers a nuanced, tactical game and an endearing cast to boot. 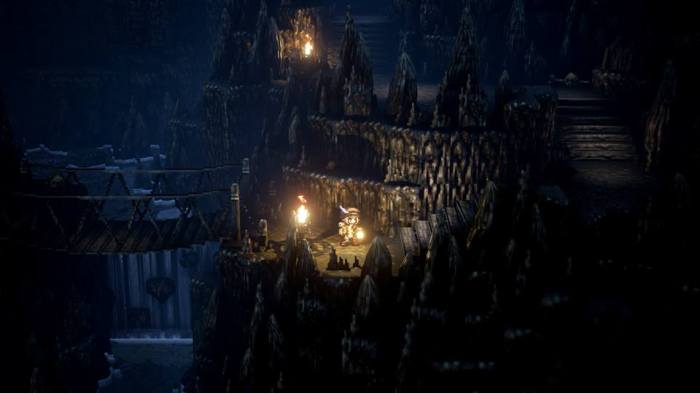 Octopath Traveler is an excellent game, but the elasticity of its structure proves to be the one unassailable hurdle between it and becoming a classic in its own right.

Octopath Traveler is a slice of old-school JRPG with enough modern sensibilities to make anyone from an old veteran to someone just starting their journey feel comfortable, which mirrors how the game follows the story of people ranging from a young, naive merchant to an old knight who lost his reason to be. Get those walking shoes on, we have a long road ahead.

Octopath Traveler feels like a much more personal collection of tales that might go against what you’d typically expect from a JRPG. More than anything else, the way the characters fall together feels like coincidence rather than providence, and the game is far more concerned with telling intimate stories about grief, friendship, adventure, and redemption. You might not get to save the world, but there’s joy to be had from just helping out someone in a bind and learning more about the deep history of Orsterra as you go. 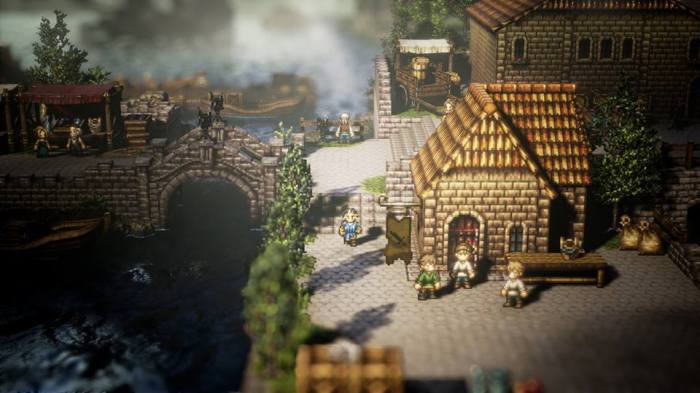 There’s a lot of RPG to travel through here, and so far, it’s grand.

A beautiful, challenging and often utterly brilliant throwback to the golden age of Japanese RPGs that somehow scuppers its chances of being a true classic through an ambitious but ultimately flawed narrative structure.

Octopath Traveler is a deep, diverse, interesting, sometimes risque and sometimes funny JRPG that you should play.

Have you played Octopath yet?  Is there any endgame content?  Do the stories converge after completing them individually?  Let us know below!