Today, I’d like to take a look at some of my recent favorite podcasts.  For a long time, I just avoided podcasts, wondering why anyone cared about people simply recording their conversations.  Why not just read or watch a clip of some kind?  Well, I finally got rid of that dumb attitude and downloaded a couple games and sports podcasts to try out.  Lucky for me, I was instantly hooked on the concept, and eagerly look for new podcasts to add to my library all the time.

I’m an iPhone user, and have thus used the generic podcast app that comes standard on iOS.  I have had more than my fair share of issues with Apple’s standard app and would welcome suggestions available on an iPhone.  I know there are great Android alternatives, but for convenience and ease of access it’d need to be on iPhone.

I’ve found that once I start to learn about a new topic or hobby, I immediately look online at what the top podcasts in that area are.  Sometimes its hard to just pick up a podcast for something I know very little detail about, such as when I started X-Wing, and I couldn’t figure out most of the ships or cards discussed on the podcasts, let alone some of the jokes using the metagame jargon.  However, by exposing myself to these podcasts and insiders, its certainly helped acclimate to the culture and terminology quickly.

I’ve also found that the podcasts are a good source of parsing through the hype of things like games, hopefully giving a well balanced or, at least, giving some contrasting opinions on the hype or delivery of the game.  For instance, the Giant Bombcast crew, while hyped for the release of VR, did provide somewhat tempered opinions on what the initial impact would be on the industry, and the fact that there would likely be a lack of full titles available until companies decided to really dive in.

Without further ado, here are a handful of podcasts I try to regularly listen to.  I’ve got more I’ll probably dive into in a later post, but these are some that I’d definitely suggest to others.  I’ve also tried to pick a variety of areas:

The Co-Op Cast is fairly new (6 months-ish old I think) board game podcast by Peter Gousis and Michael Kelley.  The podcast focuses on cooperative board games, with each episode typically focusing on one game.  For each game, the hosts go over their personal good/bad impressions from playing the game, and then give an overall impression.

The critiques are fair, and, as with any reviewers, you learn of biases and preferences that help you place the exact criticisms.  For example, in the Gloomhaven episode, both reviewers focus on the faults they see in the game, yet both are very excited to play and, in the overall impressions, give a high recommendation to the game.

At the end of each roughly hour-long episode, they close with a general game design topic.  For instance, when discussing Pandemic Legacy, they then turn the discussion to legacy game concept in general.  As game designers themselves, they have interesting takes on the use of different mechanics or designs for the variety of topics they consider.

As a newer player in board games, I’ve quickly attached to cooperative games and thus this cast was perfect for me.  Its a young podcast, and the improvements over the course of the show are encouraging.  The production quality is great, and the hour (sometimes a bit more) run time is just the right amount for meaningful discussion.

Radio TCX is a great X-Wing podcast that personally helped me get up to speed as a beginner.  Hosts Tim Dugan and Carson Wray breakdown various X-Wing related news and topics in short 30 minute episodes every Wednesday.

Recently, they’ve had a series of episodes aimed at beginners that go over different categories of upgrades in X-Wing.  Both of the hosts are well versed in the competitiveness and general metagame and thus are able to give insights on how powerful certain upgrades are (or have been in the case of FAQ’ed cards).  In addition, they give out fun combos or other janky builds to cater to casual builds as well.

Radio TCX prides itself on the reliably released 30 minute casts.  It makes it easy to stay up to date on your podcast feed, and the quality is great.  Highly suggested for X-Wing Miniatures fans, with the upgrade series great for newer players.

Top Level Podcast is a Magic: The Gathering podcast hosted by Micheal Flores and Patrick Chapin, both longtime Magic scene regulars.  Top Level focuses on high level competitive play, mostly in Standard, but also dabbles in Modern and Legacy from time to time. 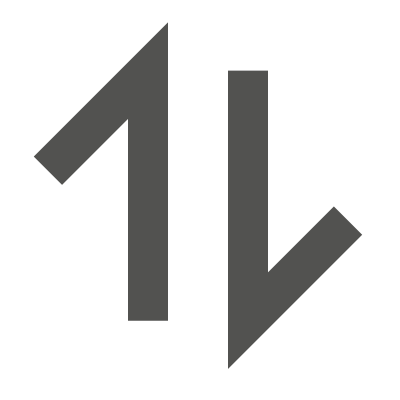 Each Friday, the roughly hour to an hour and half long cast goes over the current metagame and top decks from recent events.  Both Mike and Patrick are well known for their deck building aptitudes, and have both had success in the Magic professional scene.  Therefore, the analysis is top notch, and they go in-depth into the deckbuiling philosophy of the top standard decks as well as sideboards.

Throughout the deck analysis, there is also some general card evaluation, especially during the lead up to the release of a new set.  These are some of my favorite cast topics, because they normally pierce through the hype surrounding the unreleased, untested cards, but also get a lot right when it comes to determining which cards will slot into existing Standard decks.

In addition to the great analysis, the banter between Patrick and Mike keeps you interested.  I’ve known both of these guys from the earlier days of Magic, so I was previously familiar before listening.  However, I still enjoy some of the Magical Christmasland scenarios Mike lays out, and having Patrick bring the idea back down to reality (and occasionally the same scenario but the roles switched).

I’d suggest this podcast to competitive Magic players.  I can’t think of (or listen to) any podcast that gives a better groundwork week-to-week for competitive Magic (although I also really enjoy the GAM podcast — to be discussed in the future).  Beginners might be somewhat lost at first (just read my primer…), as there are some callbacks to Magic’s past to compare to the current metagame, but if you want all the details on the current Standard metagame, you need to be up to date with the Top Level Podcast.

Many people are probably familiar with Giant Bombcast, a popular video game podcast done each week from the West Coast.  Giant Bombcast includes varying members over the years but Jeff Gerstmann has been the creator and everlasting presence (the podcast spawned from the Giant Bomb website). 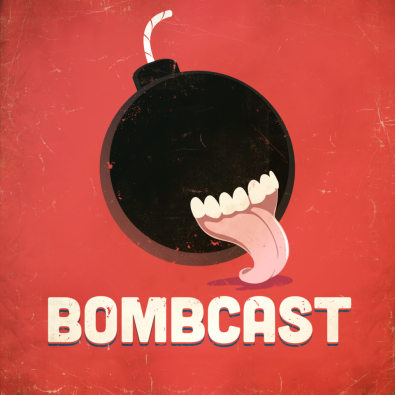 The Bombcast has various members of Giant Bomb and occasionally industry members sit down and discuss video games and related news for consistently over 2 hours.  The length may be a turn off to some, but it works even if you don’t listen to the whole of every episode.

Most of the members, particularly Jeff, are extremely well versed in the video game industry and have been reviewers or journalists for many years.  Thus, they bring some well backed opinions to many games.  Again, you quickly learn which genres or games each person prefers, and adjust their comments accordingly.  For instance, Jeff really likes shooters, but seems generally meh on any RTS games.

One of the main draws is the back and forth and the personalities of all the cast members.  It’s odd, but one of the highest bits of praise I think you can give a podcast (outside of its informativeness) is a podcast crew’s ability to make you feel like you are sitting having the discussion with them.  The Bombcast does that incredibly well, in addition to its solid overall content.

One thing I do not enjoy (in podcasts in general) is the reader fan mail.  I do not categorically hate it, but in general its not what I’m looking for (although the next podcast suggestion does it well).  Bombcast normally has a lengthy end portion in responding to reader inquiries that I skip more often than not.

If you want a popular, general topic video game podcast, Giant Bombcast (and the Giant Beastcast, the East Coast wing) are both highly, highly recommended.  You don’t need to agree with everyone on all the topics, just sit down and listen to all they have to say.

For my last podcast, I went with something a little different — a soccer podcast.  I’ve included it because it was one of the first podcasts I found, and I started it at a time I started to get into football/soccer, of which I previously had no interest.

I guess that point is one testament as to the strength of the podcast.  The Football Ramble is a shorter podcast consisting of several mates talking (mostly) English soccer, primarily Premier League.

I am a big fan of (American) football and basketball, but would get bored in the summer and early basketball season and was looking for something new to try out.  While the MLS is kind of bland, the Premier League has massive broadcasting rights for a reason.  In order to learn about all the crazy history and current dynamics of the sport, The Football Ramble came highly suggested from Reddit and I went for it.

All of the cast members know a whole lot about soccer in general, including the history of the league and all the players, coaches, and memes popular at any time.  There is a bit of vulgarity thrown in for good measure every once in a while, as well as guests.  The general format contains a pre-match show and then a post-match digestion.  Each week, the crew will discuss the news and results from the previous fixtures while also looking at the matches to come.  The talk transfers, player fitness, and coaching politics.  Each member has their favorite team, and rightly gets reamed by the others for any misfortune their club takes on that week.

While on a topic outside the focus of this podcast, the Football Ramble is still a great podcast for those remotely interested in the Premier League or soccer in general.  It got me interested in the sport, and now I also listen to the sister podcast On the Continent.

So there are a few of the podcasts I try and keep up with on a weekly basis.  I tried to pick a variety covering a number of topics in case anyone was interested.  If you are a fan of any, or have any suggestions to give out, please leave it in the comments!