Last week I introduced the idea that board games could serve as a great conduit with connecting and playing games with those that might not otherwise delve into the gaming world.  With that in mind, I’ve decided to start getting a couple of good games in my collection.  I’m new to board gaming in general, so I’ve tried to find games that are “needed” in every collection, but also have a wide variety and appeal to the different groups I’d want to play with.

In my previous article, I discussed how I’ve tried introducing myself into the space, and what types of games I thought I’d gravitate towards.  Strategy-heavy games will always catch my eye, but I like to balance that with thematic and narrative based games as well.  Just like my video game collection, I want a board game collection to have balance.

One exciting aspect of stepping into the hobby as newcomer is sifting through all the existing knowledge and starting from square one with a completely clean slate.  I haven’t played any of the big pillars of certain genres.  I don’t own much, so I can start with popular and well-reviewed titles as a foundation.  After getting all of that under control, then I can start to dive into brand new stuff. 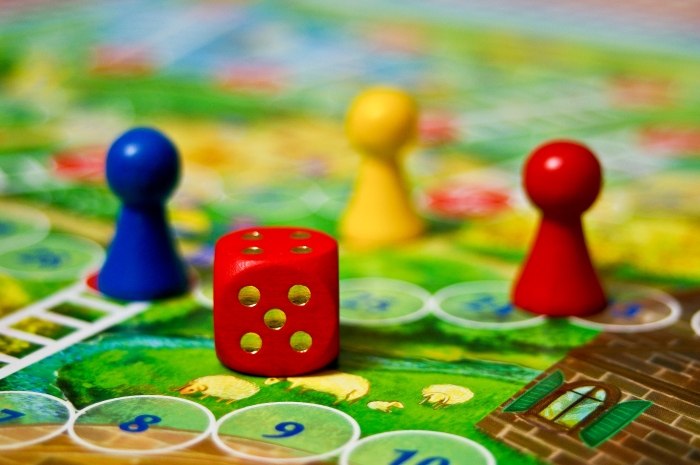 With all of these considerations, I also plan to chronicle this collecting on this blog.  That also means trying to sort out what a board game review should consist of.  I’ll need to look for some strong reviews to get an idea of what I like, and then integrate that into my own style of review.

So, without further ado, here are some key areas I’ve decided to beginning building from, and some possible titles I think will fit my purposes based on my research so far:

A budding collection should have the “filler” or light games that can quickly be picked up, learned, and played without much fuss.  For the most part, these games might not have a whole lot of depth, but with Thanksgiving right around the corner, I want to acquire some of these titles and put them right to work with family. 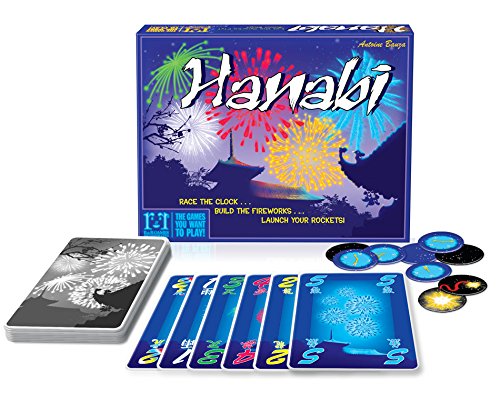 First, I’ve already picked up Hanabi, a co-op card game that involves sequentially matching various fireworks.  The twist is, you play with your hand facing everyone else, and you cannot see what you have.  You then have to play the 1-5 numbered cards in order, by color, to score a max score of 25.  You can give a limited amount of certain hints to the other players to help inform their choices.

This game appealed to me for a few reasons.  First, it had a strategic element in the incomplete information and having to choose how to navigate playing cards or giving hints.  Second, it is co-op, which is increasingly important in my strategy of reeling in non-gamers into these games.  Lastly, it won the Spiel des Jahres, the largely agreed top award in the board game industry.  If it won this award, its gotta at least be interesting right? 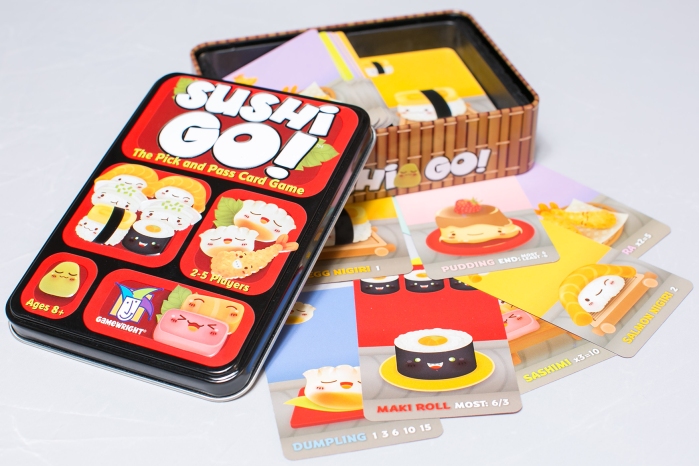 Next, I also just picked up Sushi Go! on somewhat of a whim.  The game was only $8, and I had read in various places that its a great light game to play with family.  It’s a card drafting game where players take one card and pass to the left, trying to assemble various sushi combos to have the most points.  It looks incredibly easy to pick and play, and while competitive, still seems to light-hearted and not too stressful.

Hopefully I’ll be getting in some good reps on both of these games to start doing some reviews.  I think they will be good first entries as I try to hone what a board game review should include.

I know this is not a well defined area to lump board games in, but I am still learning the various subgenres.  With that disclaimer, I consider these games to possibly be slightly abstract, or at least focus on the mechanics of the gameplay over the theme, story, or progression. 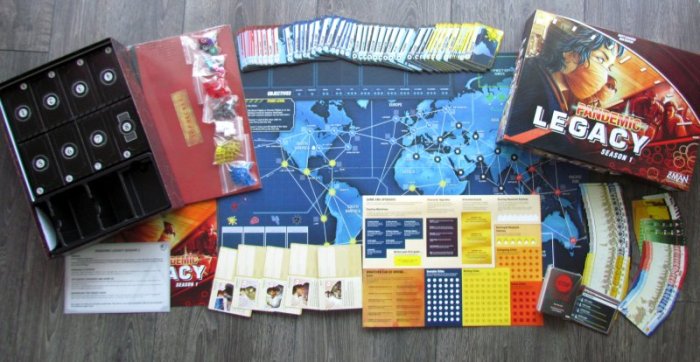 I’ve gone straight to the top of Board Game Geek and acquired Pandemic Legacy Season 1.  As I stated in my previous article, the original base Pandemic game is one that spurred me to explore board games, and the game has received nothing but praise from nearly all corners of the internet.

I love the original Pandemic, and so do several others that I’ve played with.  What better way to enhance that experience then by adding some connected games, with the map, players, and pieces dynamically changing between full games?  The continuity and “legacy” aspect dips a bit into the thematic category, but this is primarily a strategy game.

In addition, the game is ranked #1 overall on Board Game Geek.  Who can resist getting what everyone considers to be the best game overall?  It’s like getting into video games with no knowledge, and then buying Super Mario 64 for your first game.  I’m a bit envious at that thought.

Again, this title is not exactly a well defined formal board game genre, but in my own opinion, I define this bucket as games that focus less on the abstract strategy, and lean less on the fluidity of the mechanics but instead focus energy on telling a story or weaving a narrative throughout the game.  The best of these use the mechanics themselves to evoke and move the theme forward.

In my research, I’ve found these types of games to be slightly heavier or, at least, a bit less accessible for the more casual gamers in my potential player pool.  Therefore, I think my strategy here will be to get some slightly more introductory titles, before moving on to the bigger heavy hitters.

With that said, I think I am going to try and get Mice And Mystics at a good price.  The game is a “dungeon crawler” of sorts, but is less Dungeons and Dragons and more Redwall.  Redwall is a familiar sight to many, which will hopefully lessen any impact when miniatures and grid-based pieces hit the table.

I’ve heard that this game is solid, but not exactly the pinnacle of the thematic based games.  Like I said, I view this as offset by its increased accessibility.  Once I can establish that these games do not have to be intimidating, I can hopefully transition others into more in-depth games like Gloomhaven or Mansions of Madness.

I’ve also picked up Sherlock Holmes Consulting Detective which I think will be perfect for my significant other and I.  Its a board game without a board, which is odd, but involves trawling through a newspaper and various clues to try and uncover a total of 10 cases.  It’s billed as a thinker, which I think meshes perfectly with the Sherlock theme.  And again, no real hard mechanics, but a familiar, accessible face in Sherlock Holmes.

So, that’s my plan all laid out.  I’ve already made some strategic purchases, so hopefully playing through those titles will help inform my next purchases.

I’m sure some will be curious as to what I plan beyond this first wave of acquisitions.  Currently, I’ve taken hard looks at T.I.M.E Stories for the next thematic title, Jaipur as the next easy-going light game, and finally YINSH as a strategy game.

If you have any thoughts or suggestions, please comment below!  I could definitely use some help in figuring this whole thing out, especially with potential Black Friday deals available (and where to find these deals would also be helpful!).

29 thoughts on “Board Games: Beginning My Collection”