Having just completed the massive Witcher 3, I decided I wanted to tackle something completely different: the reboot of Doom released last year.  I had originally purchased the game for PS4 during a sale at Gamestop awhile back.

In comparison to the massive open world and meticulous hand-to-hand combat of Witcher, Doom was a lot of something different – a first person shooter covered in gore and speed, with little emphasis on narrative.

And that’s not to speak ill of the game – I’m currently loving it.  It’s been awhile since I played a first person shooter on console, and it’s refreshing to step back in.  It also helps that the newest Doom entry is solid all-around. 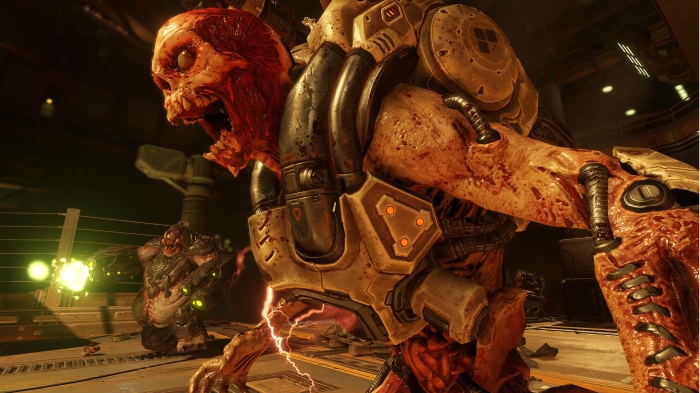 The game has opened with little to no explanation as to what exactly is going on.  I have surmised that I (the player character) possess some insane bloodlust and gun wielding abilities, and so naturally I’ve been exploited by some kind of corporate overlord to rescue what has gotten out of hand.

It’s been a very, very long time since I’ve touched anything Doom related.  My memories are that the game goes fairly fast, tons of guns are readily available, and even more gore-splattering demons need to be vanquished.  It’s this pretty simple premise that is the draw here – just get in and start shooting and blowing up everything to progress. 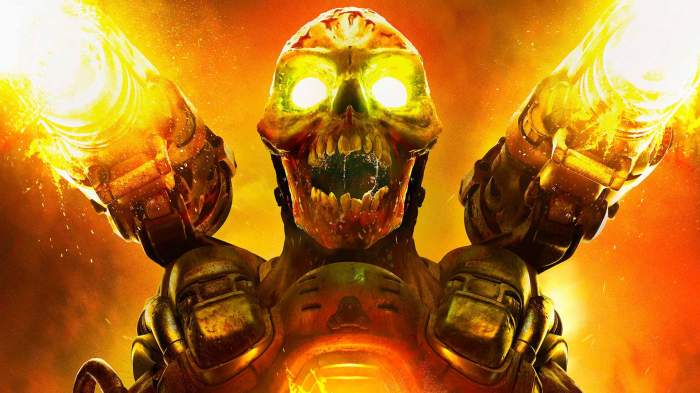 Doom also has its reputation for a variety of secrets.  So far that’s been the case, as not only are there the boilerplate achievements for PS4, but there are tons of hidden items and hidden minigames scattered throughout each level.

Further, character progression is partially tied to this semi-exploration aspect.  While you can gain currency to upgrade your weapons and suit via simple destruction, you also have side objectives that reward you with the same. 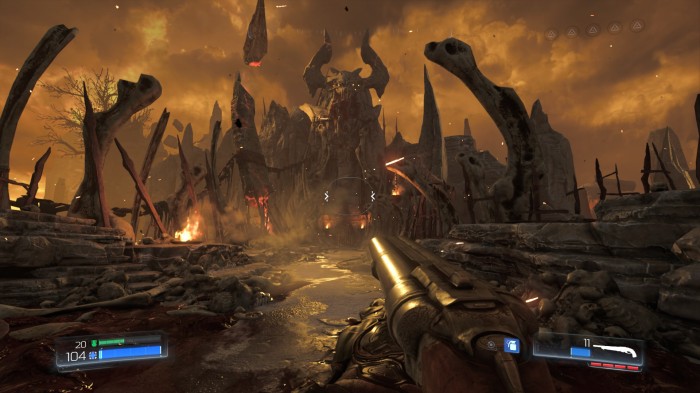 The guns so far have also been fairly satisfying.  I’ve leaned heavily on the shotguns, but have also made use of the pistol due to me need to hoard ammo “just in case.”  Enemies feel less like bullet sponges and more like exploding demons, and it’s always fun to blast a big demon and run through the resulting ooze of gore.

The levels are straightforward for most part, blasting things from room to room, collecting the odd colored set of keys to access the next area.  Some areas go into “lock down” and you have to clear waves of enemies before progressing.  While not hugely exciting, it’s the simplicity and straightforward gameplay that I’ve actually quite enjoyed.

Now, the graphics have not stood out to me so far, but that may be a symptom of having gone from Witcher 3 on PC with ultra settings to Doom on console.  The graphics are certainly not bad, although some of the environments are not particularly lush with color (but how lush should Mars or Hell be anyway?). 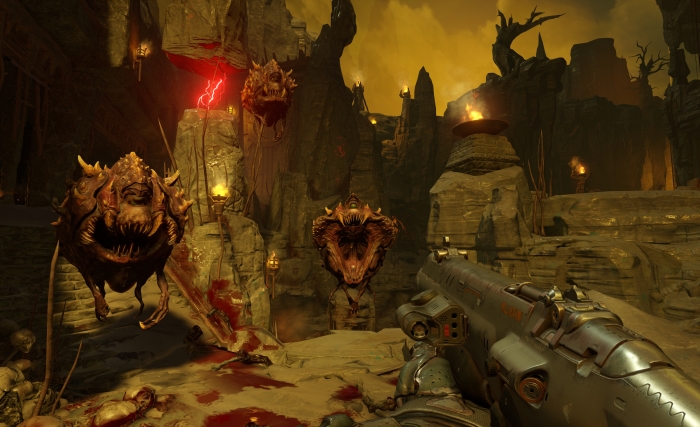 The music has been right in line with the gameplay: brutal and fast.  However, I do have a minor qualm with the volume of the soundtrack, as I’d prefer to blast the metal and industrial beats louder than the settings have allowed.  Perhaps it’s my TV.

In sum, so far so good.  I’m looking forward to getting to some of the bosses, and also getting the full cache of weapons.  While the narrative is almost completely lost on me at this point, I’m not bothered in the least.  It’s been cathartic to come home at night and then just blast demons while listening to metal, and Doom provides just that.