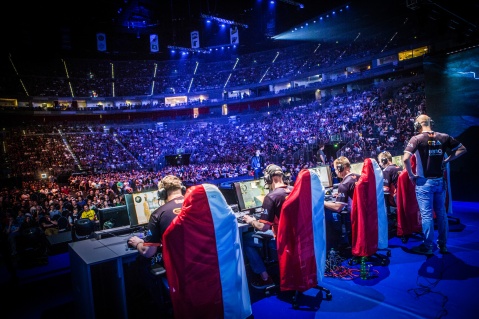 If you follow any of the competitive “eSports” (a title that has debate on its own), you may have noticed the recent influx of money entering the scene.  While the scene was traditionally well-attended LANs, eSports has now become a new frontier for investment.

For those unfamiliar, eSports is the competitive side for gaming, originally embodied in Starcraft: Brood War, and brought to the forefront by League of Legends, Counter-strike: Global Offensive, and DotA 2.  These games were designed around their competitive aspects, and generally eschew single player, while constantly balancing the game based on the meta. 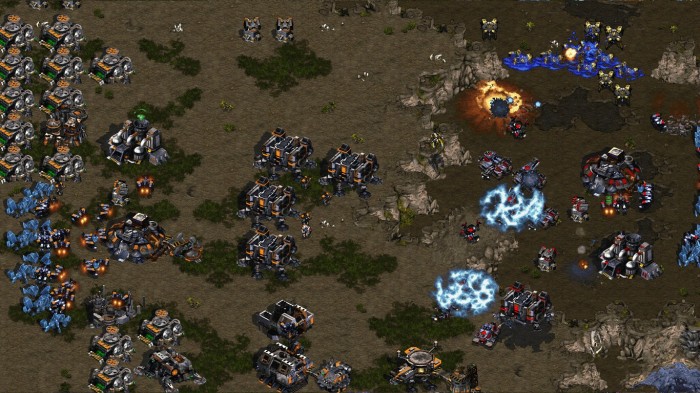 South Korea has long been the beacon of competitive gaming, investing money, young talent, and television resources into popularizing the niche.  As mentioned, Brood War is (was) a huge deal in South Korea, giving way to live television production, with broadcasters, teams, and fancy graphics.

Attempting to further the success of Brood War, Blizzard released Starcraft II, as well as three subsequent expansions.  The game failed to launch as successfully as its predecessor, but it did mark a time (roughly 2010-2012) where it was a huge market, bringing in Monster, Papa Johns, Intel, and other sponsors.  This paved the way for the new breed of free-to-play MOBAs to dominate the market.

The Big Aristotle aka Shaquille O’Neal was reported earlier this year to have been part of an investing round in NRG eSports, which competes in LoL and CSGO.  Alex Rodriguez was reported to be part of the money injection as well.

But before Shaq, another Laker had sought to build an eSports franchise – Rick Fox.  Fox bought Echo Fox, originally for its LoL and CSGO potential, but also adding Street Fighter and Super Smash players.  Echo Fox has also looked at acquiring an Overwatch squad as well.

While I am not entirely familiar with the competitive MOBA scene, I know many of these teams or groups are purchased for their qualified slots in tournaments.  This carries some risk when the slot can be lost due to poor play.

Former Lakers are not the only ones putting money into eSports.  The Philadelphia 76ers franchise recently scooped up Teams Dignitas and Apex, presumably with the strategy mentioned in the last paragraph.

Along with the 76ers, Steve Aoki has also purchased Rogue, an Overwatch and CSGO outfit.  It hasn’t been all athletes.

What does it all mean?

What has led to this round of financing, particularly from traditional sports athletes and franchises?

The first reaction is that athletes see mini franchises that they can afford, and that have a high ceiling of return on investment.  While Micheal Jordan was able to purchase a large stake in the Bobcats/Hornets, that kind of money is not just laying around for most athletes.

eSports teams allow athletes to build up a team and have an advantage with the money they decide to sink in.  eSports is a growing industry, and so the those on the ground floor, putting in the upfront capital, have a potential to build a contender.  With winning comes exposure, and with exposure comes monetization opportunity.

Many young people are cutting the cord, that is, canceling cable and looking to online content for their entertainment.  Traditional sports has been caught in a mire, severely lacking in innovation.  The NFL is trying, they have put up free live streams on Twitter for Thursday night games, but still restrict broadcasts and streaming generally.

If you want an example of the cross-branding and appeal of the gamer demographic, look at Amazon’s investment with the acquisition of Twitch.

Twitch is a live streaming site, where all variety of games are played, speedrun, or even developed.  It played, and continues to play, a huge part in the delivery of eSports coverage to viewers all over the world. 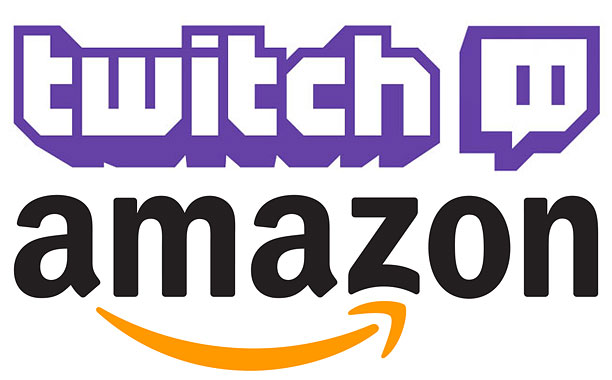 Why did Amazon make this move?  I think it follows from the discussion above – streaming and the gaming demographic are worldwide, and tap into a market of young people who are willing to pay money, but have become tough to advertise to.  These people arent watching TV, they are watching streams on their tablets.

Product of the Innovation

As a final mention, the new savior of eSports was born with Neeb.

Neeb is an American Starcraft II player who recently won the KeSPA Cup.  Why is this notable?  As the article mentions, he is the first “foreigner” (aka non-Korean) player to win a major Starcraft tournament in 16 years.

Yes, the Koreans have been that dominant for that long.  With Brood War, they put in foundation with capital and investment (see what I was alluding to?) and built the strongest teams and individuals in Starcraft, bar none.  While some foreigners have made runs in big tournaments, none of them have won this caliber.

Neeb is an example of what can happen now that Americans are investing in eSports.  Getting talent into the game, and giving some incentivizing compensation, will grow the scene and challenge Korean dominance.