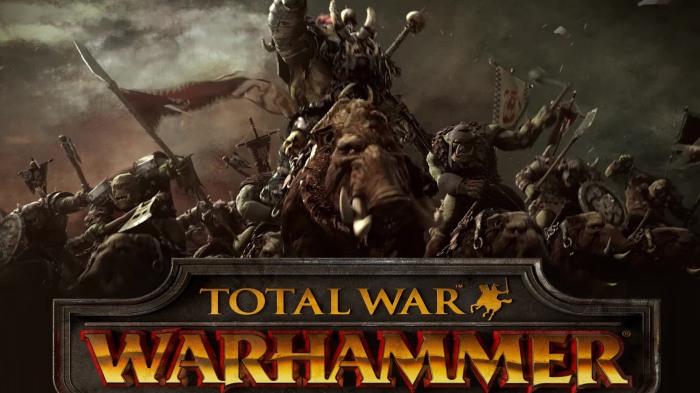 Next Tuesday, May 24th, the culmination of the two franchises I have waited so long to see united, will come to fruition.  Total War: Warhammer will be released on PC, and it currently has a high hurdle to meet expectations.

This post is in anticipation of the release – with high hopes that the game delivers.  I have personally been waiting ages for this release, never quite getting my fill of any Warhammer mod.  Given that, there are a variety of factors in play for the success of this release.

I have long been a fan of both Warhammer Fantasy and Warhammer 40,000 tabletop games.  However, it’s been awhile since I’ve paid for overpriced plastic molds of increasingly lackluster design.

In case you aren’t privy to the recent developments on the hobby side of Games Workshop, they have been having financial difficulties, which has led them to license out the Warhammer IP to anyone who wants it.  Before, we had things here or there, with things like the Dawn of War series bringing out quality content, while games like Fire Warrior lacked polish. 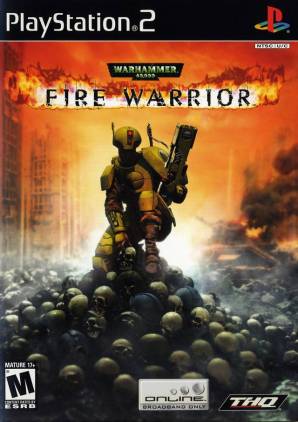 Well, Games Workshop officially drove the nail into the coffin of Warhammer Fantasy with the release of Age of Sigmar, which eschews most the charm and originality of traditional Warhammer.  Gone are square bases, army books, or a logical set of rules.  Now, if you have a beard or do a dance, you activate the model’s abilities.  Sad. 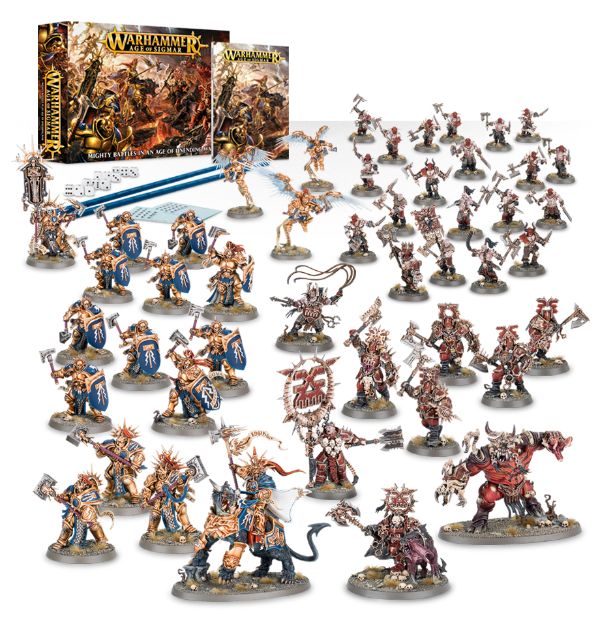 In the wake of the public execution of Fantasy, Sega and Creative Assembly at least give old time fans like me some hope.  The Warhammer universe is now open for business, and the Total War series has a spectacular opportunity to deliver.

While Games Workshop has been hurting, Creative Assembly have taken some public hits for its recently handling of the Total War series.  Now is a perfect time to build goodwill with a great potential franchise.

Creative Assembly really hit its stride when it released the original Rome: Total War.  They even helped in the production of the History Channel show, Decisive Battles.

Medieval II: Total War, the follow up, was one of my favorite games of all time.  However, the series began to lose a little luster with Empire, got back on its feet with Shogun II, and then had a disastrous launch of Rome II.

Rome II had numerous issues regarding its performance, which led to criticism of the pre-launch reviews it had garnered.  They did clean up a lot of the initial issues, but the damage had been done.  Now is the time for a rebound.

I’ve Been Waiting For This For Years

When I was younger I borrowed the CDs for the original Medieval: Total War, sinking many hours into the game.  Simultaneously, I was also in a Warhammer Fantasy campaign from the General’s Compendium. 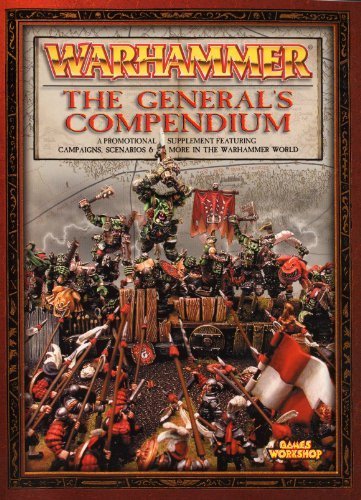 For the many of you likely unfamiliar with the General’s Compendium, it was basically the rules for a multiplayer, map-based campaign using Warhammer Fantasy armies, with the battles played out on the tabletop.  It takes a lot of time and effort, and requires a bunch of like-minded Warhammer players to make it fun. 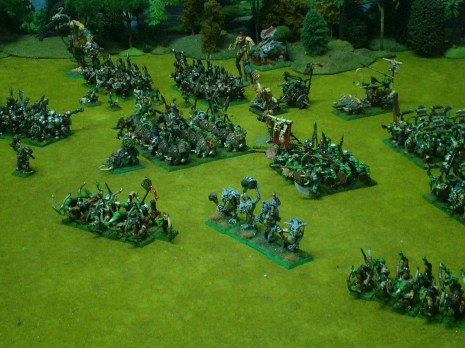 One side note – there were impressive mods for Medieval II that attempted to build the Old World from nearly scratch.  I remember waiting in anticipation for the project to complete.

Ultimately, I moved on to other games before getting a proper crack at playing the mods that did eventually come out.  While the Lord of the Rings and Game of Thrones mods thrived, the Warhammer mod was split between a Russian group and another international group. 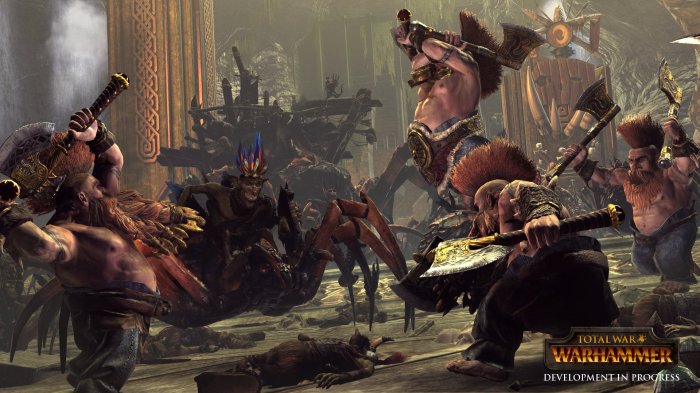 It gave hope.  One day, we would have the coveted Warhammer Fantasy experience in the Total War shell.  Here we are.

The game revealed so far looks great.  The game looks exciting.  It appears to represent the lore and cultures of the Old World in fairly consistent form. 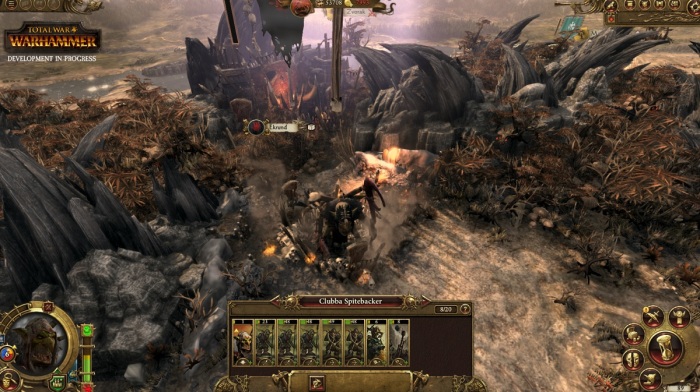 One particularly exciting addition to series is the incorporation of magic.  The Total War series traditionally follows general “historic” guidelines, which means less in some areas than others.  With the Warhammer universe, their is more latitude to get creative with the units.

Speaking of which, there appears to also be special characters, like Karl Franz.  In addition, large mounts like wyverns and gryffins make their debut. 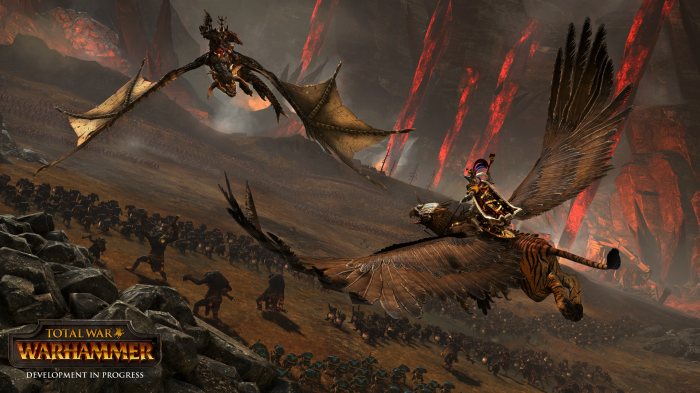 The big to-do has been about the preorder DLC for Total War.  This has whipped up hate for Creative Assembly, as gamers are disgusted at day one DLC.

The DLC in this case is a playable faction.  That playable faction is not some reskin of a major race.  The DLC is to play Chaos, one of the key antagonists in the Old World.  They are likely a favorite of many potential players. 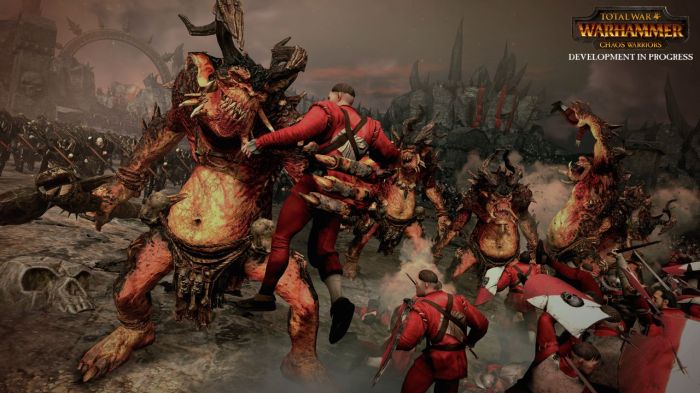 Given the status of the DLC-locked faction, players were upset that the day one DLC hid an important race.  However, Chaos was also offered as a preorder bonus.  Even so, many players were disheartened of what it meant down the line.

Creative Assembly then made somewhat of amends and allowed the DLC to be free to anyone who bought the game for the first week at launch.  This seems like valid compromise.  Further, they’ve announced what will constitute the free DLC released after launch.  Good ways to make amends.

Other than the aforementioned DLC issue, and the possibility of buggy release, one issue I have not seen addressed is how Total War Warhammer is being done as a trilogy. 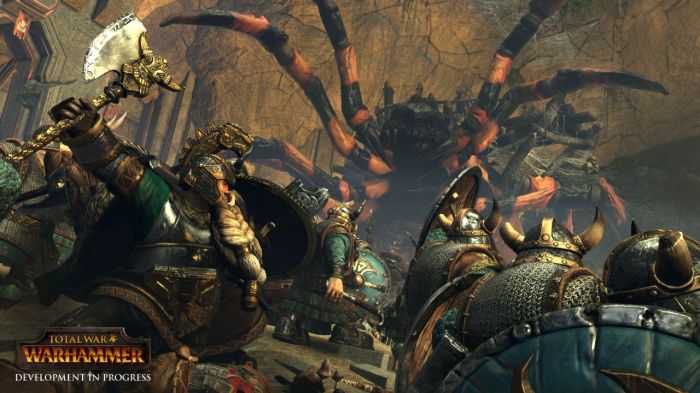 How do you do a Total War game in a trilogy?  Are they going to do a Dawn of War style, where they add races to one game, but not the other?  Will they be expansion packs? How different will they be if they are all standalone games?

Warhammer will be unique not only for its setting, but because each playable faction is highly unique.  Bretonnia uses hordes of knights, Empire has its blackpowder and foot troops, Undead have skeletons, ghouls, and zombies.  This is a step beyond France has strong mounted troops v English longbowmen. 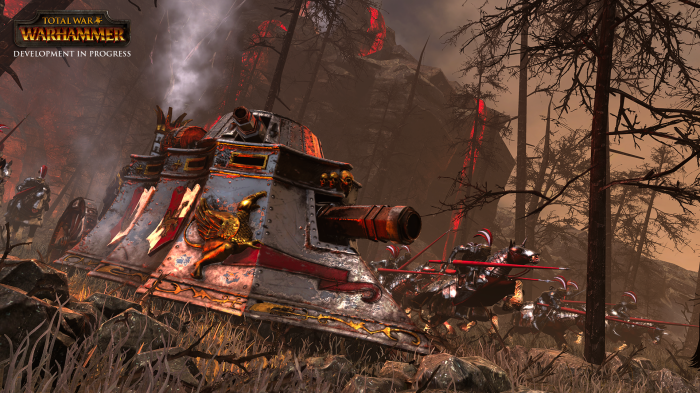 Given the uniqueness, it would be quite a shame if they separated the races into separate games.  I understand that these games are vast and require a lot of balancing.  But please, please allow the newer races to be compatible with the old games.  Or at least let modders do the dirty work.

After all that rambling, it appears there are high hurdles and big expectations for this release. 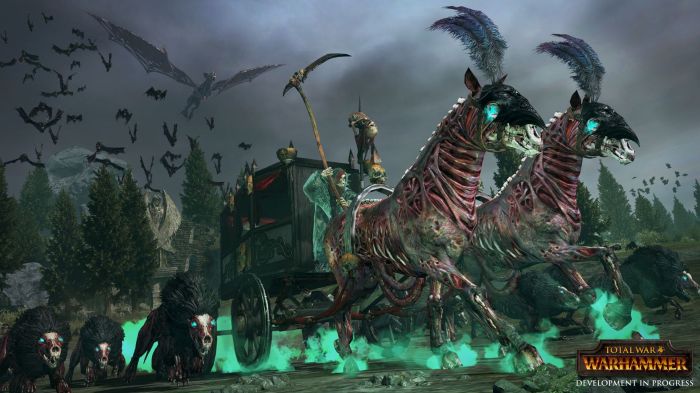 With an early DLC flare-up, license from an ailing company, past performance issues at launch, and potential episodic/trilogy problems, Total War: Warhammer has its work cut out for it.

However, given the steps they’ve taken in the reveals, the attention to the lore and detail of the Old World, and the goodwill they’ve sought from the community, this has the potential to be one of my all time favorite games (or at least made so by mods).