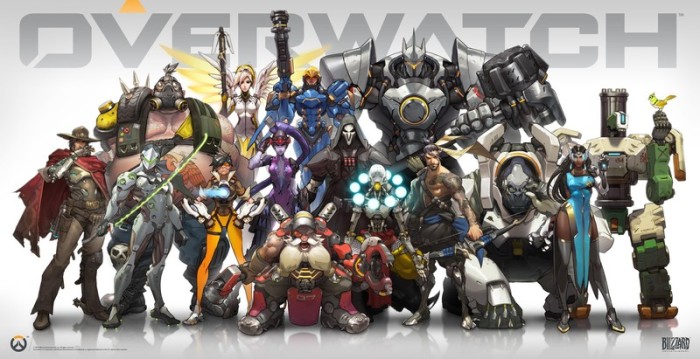 Overwatch is a game I have not really followed up to this point.  I normally get excited for all things Blizzard, but Overwatch just never really grabbed me.  I have played a fair share of Team Fortress 2, and heard some loose comparisons.  Well, I got an email on last Thursday saying that I had an invite into the weekend beta “stress test.”  So I figured I’d give it a shot.

Overwatch is billed as a multiplayer first person shooter developed by Blizzard Entertainment (makers of Starcraft, Hearthstone, Diablo).  The game has a scheduled release for May 24, 2016 for PC, PS4, and Xbox One.

Each match has sides of 6 working together in the typical variety of team shooter formats.  While some shooters focus on pickups and upgrades, Overwatch goes with the “class loadout” but adds a DOTA/LoL-esque twist. 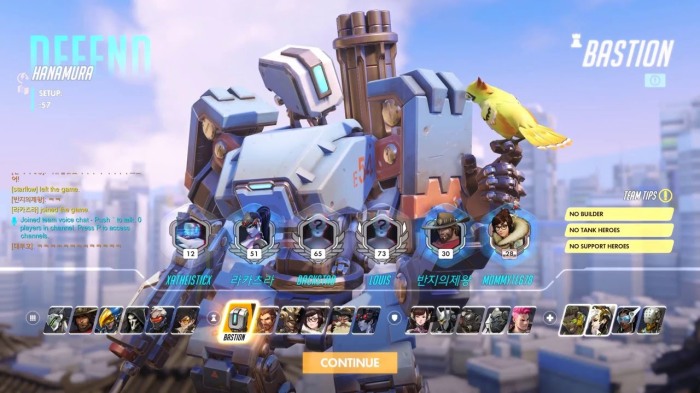 Instead of a handful of loadouts, Overwatch has 21 heroes, each with a unique set of abilities, weapons, and looks.  So just as you choose heroes in any MOBA, Overwatch injects that concept into the first person shooter, giving a variety of potential playstyles.

What’s up with the pricing?

Blizzard caused some hubbub late last year when it announced that it was selling the game at a base $40 on PC, with the console edition (which includes additional perks) at $60.  While this may appear to be the standard going rate for the respective platforms, the game itself has generally emulated MOBAs and Team Fortress 2 — both styles being free to play.

Is any outrage a result of entitlement?  Maybe, but the industry has now set the standard that these games should be expected to be fair, so Blizzard is on the backfoot in trying to add value for the upfront investment.  Games of this type are perfect models for microtransactions, which have also been wildly popular in generating review with a gigantic base of free players.

There has been a strong push to make the ailing Starcraft II a free-to-play multiplayer title as well.  Blizzard has taken steps to allow people to play it for free, although it does not have any micro-monetization to the level that MOBAs have achieved.

As I mentioned, I really had no idea what Overwatch really was, other than tidbits of news I had seen.  I’ve always enjoyed Blizzard games for their awesome gameplay and “easy to pick up, hard to master” mantra.  Their games normally have polish and have solid performance for me generally.

I had no idea how many heroes were actually available right off the bat.  I initially spent some time looking through each, trying to decide which hero would fit my playstyle the best.  This was hard because I had not played any online matches so really I was just making a guess as to how each worked.

I started with the tutorial section which did a find job in introducing all the mechanics of the game.  It dumped me into training against AI where I tested some of the heroes that had caught my eye.  I was quickly drawn to Pharah. 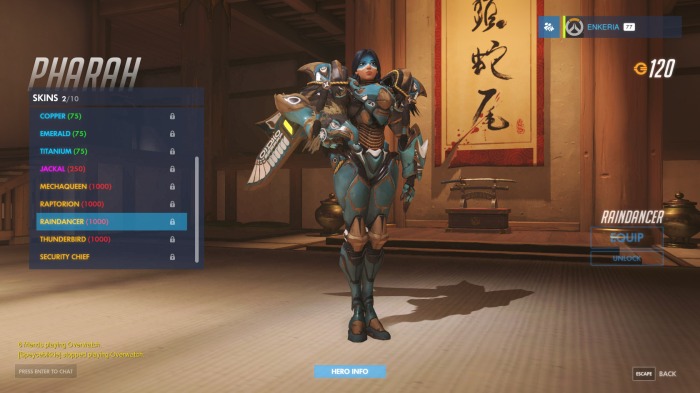 Through the tutorial and into the first couple actual games I experienced massive stutter and rubberbanding.  I have a pretty solid connection, and a PC with more than adequate specs to run the game.

A quick perusal online showed that many users also had the same issues.  The weekend test was US servers only (supposedly), and I was playing from the US, so I chalked it up to the fact that this really was a “stress test” and that these issues are the precise ones they are testing and patching for.

Despite the performance issues, I continued to play through the spikes undeterred.  Why play through horrible stutter in an online FPS? Because the game managed to be actual fun.

Getting into a game was easy enough for me.  Queued up a match and got in within minutes.  I know some people had much longer waits.  I think was a symptom of the whole test process, and I had no issues getting into any lobbies or games. My teams generally had a good balance of different heroes, as did the opponents.  This helped showcase some of the other heroes that I wasn’t personally testing out.  I did see quite a few Reinhardts, which wasn’t a bad thing, but he was obviously a popular choice last weekend.

Further, none of the heroes I encountered seemed blatantly overpowered or unfair.  This could be due to the lower player base, the newness of the game, or just other people trying out a variety of different options.  Either way, it was nice to play and see that most heroes were viable and that no particular playstyle was too grating just yet. 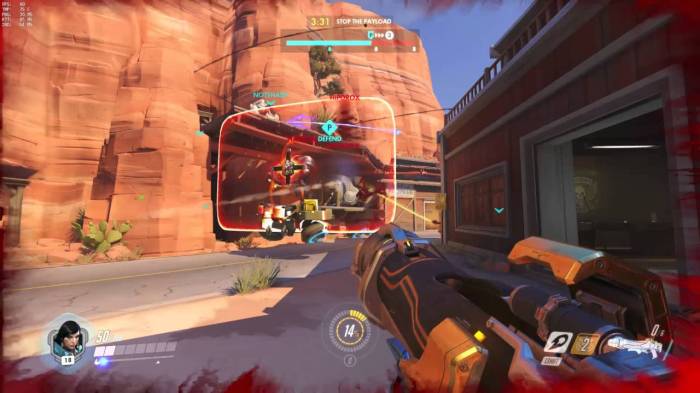 I played with keyboard and mouse as all PC FPS players will swear by.  The controls were fluid enough, and I had fun using Pharrah’s jetpack throughout the environments.  The maps I played seemed balanced, and also had a strong character that matched the flair of the game.  The aestetic definitely leans to the cartoony-ness of Team Fortress 2, which I found a bit of a reprieve from the slew of modern, serious shooters we have been inundated with the past few years.

Team cohesion was difficult since I wasn’t using a mic, nor playing with any friends, so it was all random matchmaking.  However, that did not discourage people naturally experimenting with combos between all the heroes.  Given a lot of the objectives in any match, there must be at least a base level of teamwork, which adds a bit over the whole focus on Kill/Death ratios.

Even though I only had time to play for a small period, I was really impressed with what Overwatch has become.  Coming into the game with little to no background or expectation as to what it was “suppose” to be gave me a genuinely fresh look.

The game will almost certainly do well in the fun factor department.  Blizzard has the core gameplay locked down, with a great variety in all the different heroes, along with the (generally) great online presence Blizzard can provide. 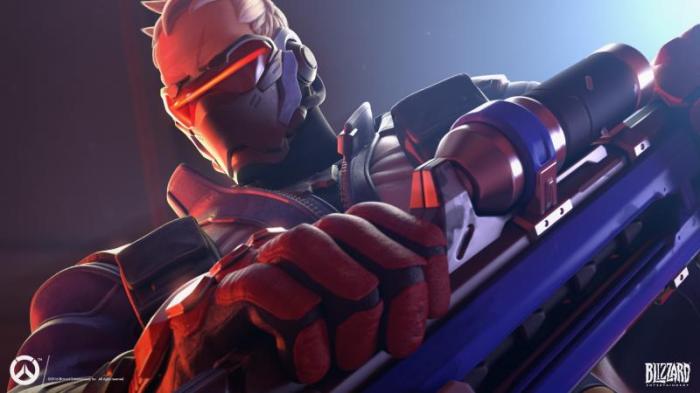 The key to Overwatch’s success will be in its longevity.  There will of course be the inevitable push to build its competitive scene, and the growth of that (likely) niche will require nuance.  Blizzard has succeeded in giving that aspect in the past, but has fell a bit flat in injecting the competitive side with juice.  With the International having million dollar pots and LoL growing at crazy rates, Blizzard looks at the sorry state of the SC2 scene.

Blizzard has the ability to turn this around and really develop Overwatch into something that can cater to the hardcore competitive crowd, while also appeasing the masses.  It has walked this line in the past with Starcraft: Brood War, with its notorious eSports legends, as well as filling PC-bangs with custom maps played by eager friends.  More recently, they have also grown Hearthstone by balancing casual and hardcore audiences, and its trajectory looks to go even higher with a new expansion due out very soon.

While I was not able to really get down in the weeds for a full fledged review, I was still able to get a taste of what Overwatch has.  Coming in without any background hype helped me give a true first look. 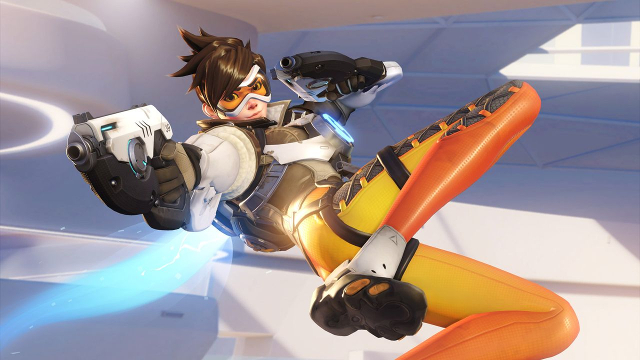 I really enjoyed what I saw from Overwatch.  After not being hooked originally with the little I did see, I am now anticipating its full release.  The game has a lot of fun hours packed into its basic shell, and likely will only build higher on its solid core.  The mix of FPS and MOBA-esque features keeps varitey high, and as long as the community doesn’t quickly degenerate into toxic mudslinging, Overwatch should be around for awhile.