So this week, I wanted to add another Deck Tech (in follow-up to my Zeus Shaman article), but with more emphasis on my personal experience with the deck.  I had recently been inspired by J4CKIECHAN’s Injured Camel Hunter deck that reached #1 on the EU server.  I’ve always enjoyed Midrange Hunter and turn 6 Highmanes, so I’d thought I’d take a crack at this build.  Disclaimer: I don’t often get above Rank 10 in a season, so keep your expectations low.

The deck’s core is a midrange, tempo-y build, with the “combo” of Desert Camel into Injured Kvaldir for value.  Getting two 2/4’s for 3 mana is normally pretty good.  The deck eschews traditional direct damage and burn (like Kill Command) in favor of sticky minions and draw mechanics.

The deck uses many traditional Hunter staples in a beast package, but has a few outliers that could use a little more explanation:

Desert Camel – The deck’s namesake attempts to swing the board with only 3 mana.  Pulling the Injured Kvaldir is optimal, and can really help take board control or recover after a sweeper.

Flame Juggler – With the right RNG, can also create a tempo swing on board.  The 2/3 body can trade well against some aggro decks.

Glaivezooka – Great for clearing early minions and helping a smaller minion trade up.  Can also be used to push late game damage if required.

Cult Master – The key draw engine for the deck.  Hunter does not have many hand replenishing mechanics.  Cult Master allows trading to create card advantage, while also attracting removal better saved for Highmane.  Combos well with Unleash the Hounds, especially against Muster and other token decks.

My plan was to play 25 matches on ladder, at which I started at Rank 11 with one star.  I did not have any previous experience playing this deck, so it was a bit rough trying to figure out the ins and outs.  I have played a decent amount of traditional Midrange Hunter, but that clearly was not enough for the massacre that occurred.

I ended up going 8-17 and falling to Rank 13 with one star.  Ouch.  On a positive note, none of the wins were early concedes, so I did have to earn each victory.

J4CKIECHAN mentions on his hearthpwn page that this deck has the most favorable matchup against Druid, with problems against certain aggro decks (Shaman, Face Hunter etc).  Taking a look below, I ran into a lot more aggro than Druid:

Breakdown by Hero of Total Matches

So, I didn’t exactly run into a lot of Druid, which was unfortunate.  The one match was one-sided in my favor, and felt like the deck really hit its stride.  Against the numerous aggro I matched, the lack of heals or taunts really makes it difficult–not to mention that they are usually getting a 1-drop off the Camel. 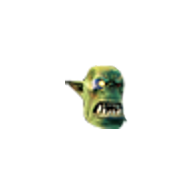 Face is the Place

I also found the variety of decks and heroes to be interesting.  I played against every class, and each had a few variants (other than Warrior).  Perhaps the lower ranks are littered with all manner of decks, or the metagame has achieved a certain level of variety.  Probably neither.

The deck was not very consistent.  Desert Camel plays could be very good with an Injured Kvaldir and nothing for your opponent or it could pull a Webspinner and pull a  Zombie Chow for the opponent.  Given that you can’t just hold onto a 2/4 in your hand forever, I often was forced to just play the thing and pray my opponent had nothing.

Against Warrior it was most productive, especially if they had a Fiery War Axe that couldn’t clear the board effectively.  However, against Tempo Mage, it would often pull a Mana Wyrm which could really hurt if they had spells in hand.  Also pulling a Northshire would inevitably help the opponent fill their hand.

Nothing is worse than an Injured Kvaldir in hand.  Its a bland 2/1 for 1 that is easily cleared, and has no upside.

Cult Master was really the crux.  Given the lack of decent removal, you were fighting with minions for board control.  Holding Cult Master and then dumping it on a nearly full board helped fill my hand and had a decent surprise factor.  However, I did not often get the Unleash + Cult Master combo off, as I was often playing from behind, or needed to drop a Highmane/Boom.

The Hunter’s Marks were great in the Druid game, but were often clunky against the aggro decks.  Having two might be a bit much, but this deck does not have removal spells to justify taking any out.  Sweepers were not t

roublesome – Highmanes, Creepers, and Camel plays generally helped build back a board.  The deck had nonexistent burst potential, so high armor Warriors could sit back and draw their way out of a tight spot.

Most of the games would see some early game action, but then the deck would quickly get behind.  Without removal, you had to trade minions.  Without Cult Master, you were quickly going into top deck mode.  Good RNG on Flame or Knife Juggler was often crucial, but such reliance is risky.  The deck also had major problems dealing with Piloted Shredder.  Shredder can effectively trade with two minions, which puts you further behind.  No healing and no taunts meant suboptimal trades were required to survive in order to look for a Houndmaster or Belcher against Aggro.

Overall, the deck felt like a suboptimal Midrange Hunter list.  Many times I found myself wishing I had a Kill Command or Traps in order to clear or create tempo.  Playing and trading minions worked against Zoo, but simply could not compete with aggro.  With the ladder full of aggro, this deck was not a good deck to try and climb with.

It’s hard to suggest certain changes, given that many would essentially turn the deck into traditional Midrange Hunter.  However, I think a Mad Scientist and Secret package could really help.  Explosive Trap in particular could help deal with some aggro, even Bear Trap.  Bow would help take down some Shredders easier than hoping Glaivezooka landed on a Flame Juggler.

I know Unleash is suppose to be a critical piece, but honestly it ended up sitting in my hand as I would get behind on board with chunky minions on the other side.  Against Warrior, it was almost useless.  Priest could often play around it too.

It would also help to have an extra Belcher or Shredder.  Perhaps an Antique Healbot.  Anything that could help build some time against aggro.  In addition, getting Webspinner was often incredibly underwhelming.  Sure, it could generate a Highmane, but it often pulled a weaker beast that might require a heavier synergy.  Animal Companion was also subpar.  You’d pray for Misha against aggro, and Huffer to clear a 4 toughness minion (which are otherwise difficult to deal with).

As a new player for the deck, it was tough to see the optimal plays.  It felt like the deck was at a handicap against many decks.  Then again, I ran into a lot of aggro instead of Druid, tilting the favorability scales.  However, the ladder is infested with aggro, so any deck needs to be prepared to at least mitigate its losses against those decks.

If you want to try something new, this deck certainly has a novelty factor.  In the lone Druid game, it performed up to expectations.  If you hate Druid, then give this deck a go.  If you are growing frustrated of Shaman and Face Hunter, then maybe you should try something else.  I’ll need that something else to try and recover some ranks before the end of the season.

Have you tried Injured Camel Hunter?  What were your results?  Any tweaks you’d give?  Comment below.