Although its always been an issue, recently I have found it very difficult to fit in adequate time to play games while also meeting obligations for work.  Of course, its not normally entirely due to work, but work obligations normally push other priorities in front of gaming time.  During my long schooling career, especially undergrad and beyond, you could really make your own schedule and fit in plenty of great game time.

The average work week for most folks is typically morning to evening during weekdays.  Getting back from work can mean fighting traffic and possibly stopping by the grocery or other store.  You get home and just take a little while to relax, say hello to any one you may live with, and perhaps fit in some exercise.  After that, you’ll need to shower, and then prepare and eat some dinner.  Depending on when you got home, there is very little time left before you’ll inevitably fall asleep.  While this is not the scenario everyday, it may be familiar enough to many of you, and it hurts the most valuable resource of any day – time to play some games.

The most popular solution is often to sacrifice sleep in exchange for a couple extra hours at the PC or with a controller in hand.  While this can work in some situations (especially when its a new release) it can make the next morning slow and possibly lessen the experience when tired.  Another option is to bank time on the weekends, where you might have the

whole day to fit in some time.  However, those that work on shifts often have to work on weekends, and other chores/real life tasks often come calling on the weekend (not to mention football).  Further, friends who also have time off may want to catch up on the weekend, hanging out without a PS4 available.

The other natural solution is to just play when you have the time, without worry as to any consistency.  If you have an hour, two hours, or even 30 minutes at the end of the the day, take it and just make incremental progress through your current games.  This is the strategy I’ve naturally fallen in to lately.  However, it really makes playing longer games (like Persona 4 and Dragon Age) more difficult.  Without being able to really play for longer chunks, I start to lose track of what I did last, or what developed in the story.  Further, if there are long cut scenes, then there may very little actual game time allocated to playing.  So while you will slowly be able to work through the game, its hard to reach the same level of immersion as playing in longer sessions.

Methods to Help Manage the Time

Well, what can be done since, according to what has been written so far, its basically all work and no play?  At my current job, I’m expected to work long hours, and constantly be available to take additional projects that may have immediate turnaround requirements.  Given these restrictions, I need to find a flexible, pick-up-and-play styled games to be able to get a daily, adequate games fix.  This has resulted in more time spent on Vita, 3DS, and tablet, and much less on traditional console. 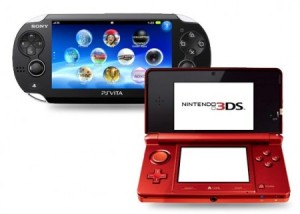 Handheld games are naturally suited to short gaming sessions that may involve distraction while playing (this article is in agreement).  Therefore, they have become my main focus of gaming as of late (Persona 4, Jeanne D’Arc etc).  The one feature, on Vita in particular, that has been incredibly useful is the suspend feature.  Being able to simply suspend the game without finding a save point really makes it easy to play for a little while, set the game down, and pick up right where you left off.  Throwing in the aforementioned shorter session design and you really can fit in quite a bit you might not otherwise on console.

One game I really have not had trouble playing with frequency is Hearthstone.  Being able to play on my tablet makes it extremely accessible to fit in a couple games in between doing other things.  Plus, Hearthstone is limited to (generally) short matches, and worse case scenario you have to forfeit a match or lose a turn.  Without a campaign or single player element, there is no “getting lost” or losing touch with the substance of whats going on.  Of course, keeping up with the metagame can be more challenging, but that may be hard regardless.

As previously mentioned, its been most difficult to play console games with any regularity.  I’ve been able to get through the new Kingdom Hearts collections, as well as some other titles, but in general its been much more difficult to actually finish pure console games.

Why is this?  I think the biggest thing is that I must sit down and use the TV to play the console game.  While that may not sound like much of a commitment, its harder when others may want to use the TV, or if you are like me and have something you also want to watch (this sounds like the definition of a first world problem).

Next, I think the load up times are not conducive to playing in smaller chunks.  Booting up PS4 and getting to the actual in game portion can take up most of a short session.  This is compounded with the other issues of not being able to immerse in the story or narrative, getting through long cut scenes, or generally just not making any real progress.

Other Methods To Try

Two other methods I’ve tried to implement are utilizing remote play on Vita, and also watching Twitch or other streams.  Both are newer methods I’ve been trying out, so there effectiveness remains to be seen.  However, I think both help to at least fill the gaming void.

First, remote play is a great feature and a key reason I purchased the Vita.  As you may know, all PS4 games are suppose to be remote play compatible, along with select (very few) PS3 titles.  However, it also works on PS3 for all PSOne games you may choose to play.  Since I have several PSOne games I do like to play (Crash, Spyro, Final Fantasy to name a few), this particular aspect has been helpful.  While I haven’t had too much trouble connection-wise while in the same location as the console, I have not had much success in remote playing from outside the same network.  Perhaps there is a setting somewhere I need to utilize?  Regardless, I really wished it worked for more PS3 titles, as Ni No Kuni seems like something I’d really enjoy on remote play (with adequate control mapping of course).  The WiiU tablet warrants a mention here, but my WiiU access is shared with my brother, so I don’t really have easy, constant access to WIiU.

The second method has been to watch more Twitch.  I am a big Hearthstone and Starcraft fan, so Twitch can really cater to those style of games.  I also use it to watch new releases or those more obscure titles I haven’t heard about and wouldn’t know to search on YouTube.  While Twitch does not actually increase the amount of time spent on gam

eplay, it certainly helps fill a similar feeling.  Watching strategy games allows me some low level of interactivity in thinking through what I might do.  Watching CobaltStreak play Binding of Isaac gets me excited to be able to play through the game, or assess what items/builds are possible.  In addition, I watch streams of older titles that I otherwise would not have time to play, but would like to play the more modern sequels.  The original Mass Effect and Uncharted are examples of games that I never played to completion, but got enough exposure via Twitch to go on and play the sequels.  Twitch helps hold you over between gaming sessions, and is just as easy to watch on iPhone or tablet, as well as PC.

What I See Going Forward

Given all the discussion above, I feel like I will play more shorter games, or arcade/endless styled games.  Playing Hearthstone is extremely easy and flexible, as is Binding of Isaac or Age of Mythology.  These games lend themselves to contained sessions that have a beginning and end dictated to your schedule.  JRPGs have always been a large part of my collection, but it gets harder and harder to actually play these titles to completion.  When I can only put in a couple of hours (or maybe not even that) a week toward a game, it gives a feeling that I will never actually beat the game.  This does not help motivation.  However, some games hook me enough that I can stick with it until an open moment comes to be able to dump a bunch of time into it (ex. Witcher 2).

In sum, my gaming habits will probably never flourish like they did when I was younger.  However, the desire is there, so the time just needs to be made.  Focusing more on portable games will likely continue to help me play through some of my backlog, and a greater emphasis on remote play to help incorporate some console games into the mix.  Also, I can see more time opening in the future, as recently a lot of out-of-town friends have been staying with me, making it difficult to sit down and play.  The future looks good for gaming.

With all this said, what gaming habits do you have?  How do you balance work, family, and life with gigantic JRPGs staring at you from the shelf?  Do you have a system or a particular strategy?  Let me know in the comments.

9 thoughts on “Gaming and Working: Finding the Balance”